Walking around Wilmington Area School District’s combined high school and middle school building feels a bit like the movie Groundhog Day. No matter which staircase or hallway you take, you always seem to wind up right in front of the Technology Department. Its colorful florescent sign, open door and a constant flow of students and teachers popping in to ask questions is a welcomed sight at the district.

This is intentional, no doubt, as WASD has placed educational technology at the core of its curriculum strategy, and an accessible technology department is a key component to success. Wilmington’s educational technology journey began about three years ago, with the start of its Questeq partnership, and it has since experienced improved student outcomes due to increased one-on-one time between students and teachers, as well as complete buy-in from all educators in the district. Now, WASD sets an example for other school districts in the region—it was even named a Google Reference District in July, 2017, meaning they are essentially Google ambassadors and get to test Google software before it becomes available to the public.

Watch The Transition to Meaningful Technology Use at Wilmington

“It was not just as simple as saying ‘We’re going 1:1!’ There were growing pains that had to take place,” says WASD Middle School Principal George Endrizzi. “I don’t know if the infrastructure [pre-2015] was ever going to support having a true 1:1 in the district. The service had to be larger … And the older teachers, including myself, are more reluctant because of past history with technology and how things may have crashed on us in the past.”

To start the process, Questeq hired two essential roles to handle technology throughout WASD’s 1,132-student district: Matthew Maine, Technology Manager, and Aaron McConahy, Infrastructure Engineer. Questeq also assisted WASD in creating a full-time technology coach position to primarily address the teachers’ technology concerns, and they moved former eighth grade math teacher Bradi Rhoades into the role because of his technology expertise as well as his rapport with his colleagues.

Next, the team worked on essential infrastructure upgrades including improved wireless systems, implementation of Google products and acquisition of a device for each student, which, in addition to regular budget funds, were supplemented by grants. Then came the most difficult part – making the educators comfortable with using the new technology in meaningful ways in the classroom – and the new three-person team created a robust program to get all the educators onboard.

Learn how the team got educators on board

By implementing strategies such as an open-door policy at the technology department, more one-on-one trainings between teachers and the technology team and creating a culture of sharing and technological acceptance among the staff and faculty (including a series of TED-style technology talks which gave teachers a platform to show off their successes), WASD had all teachers on board with the new technology program only two years after its implementation.

“Having the technology team and coach positions, and the ability to easily interface with the whole technology department, is vital,” says WASD Superintendent Dr. Jeffrey Matty. “Having that position to talk to the teachers, set up their computers, work with them and demonstrate how to use technology such as Google Classroom was one of the keys … Now teachers here have more freedom to explore and take risks. They have the creative license to still be the teachers they are, using technology as a tool.”

WASD’s teaching through technology doesn’t stop when the bell rings at the end of class, either. Students can use their educational technology devices to interface with their teachers and classmates at home, which has become helpful in ensuring that students are not falling behind. Tech leaders at WASD are implementing digital individualized lessons that are targeting weaknesses as shown through the CDT testing data. The goal of this program is to enhance overall student enrichment for both the high performers and those who may be struggling.

Now that WASD has developed a strong relationship between curriculum and technology in all of its schools, they are receiving recognition beyond the borders of their small rural district. In fact, Niche recently rated WASD the #1 Best School District in Lawrence County. WASD also ranked among the top 30 percent of schools in Niche’s 2019 Best School Districts in Pennsylvania.

“So after three years, Wilmington is now on the map. We’re a Google Reference District, with less than 200 in the world…we lead the pack in educational technology, and it’s not just because we’re The Greyhounds,” says Maine. “We’ve created a culture of success by developing a foundation of trust with the tech department and buy-in from our teachers. And we’re not stopping here…For example, while other schools are focusing on creating maker spaces, we’re positioning ourselves as a maker school, where every class is a maker space…We will continue to implement new technology and we will continue to lead.”

As a small, 75-student school for students with complex learning disabilities, the ACLD Tillotson School is uniquely positioned to test… 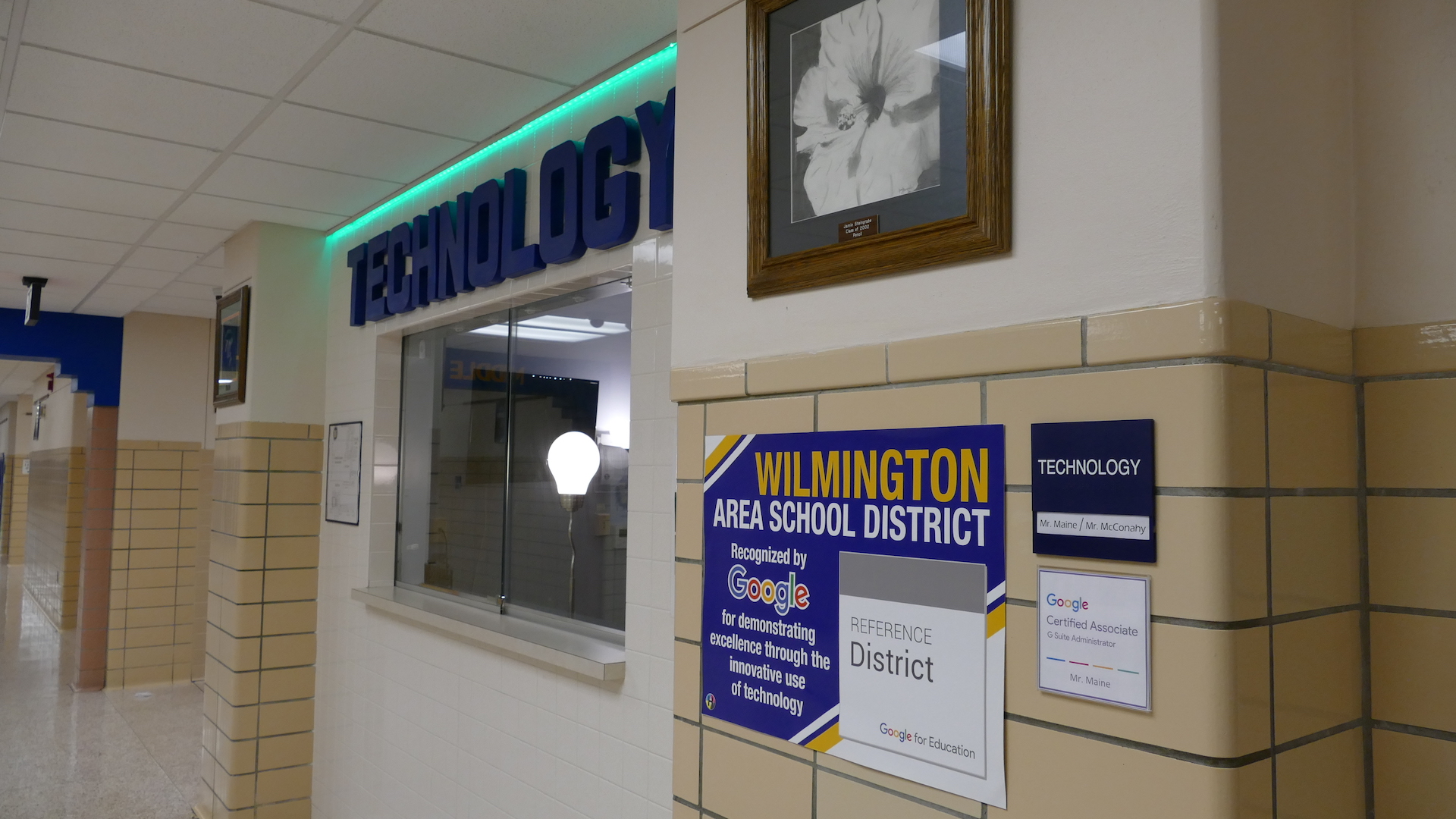